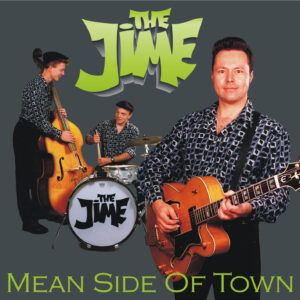 Mean Side Of Town

Vince Gordon: says: On the occasion of my band The Jime’s 34 year anniversary this year, I have re-released the legendary 1997 CD album “Mean Side Of Town” as a MP3 download.

The new version is called “Mean Side Of Town (Second edition)”. It will also be known as the “Laura And Bill version” because our version of Bradshaws Train’Kept-a-Rollin that was on the first edtion of the album, has been replaced by one of my own songs “Laura And Bill” (One of my personal favs. – check it out and see what you think). The reason was originally a simple matter of publishing. Now all the songs can be handled by ourself which is easier with less paperwork (=cheaper :-). After having finished the new album, it turns out I actually prefer the “Second edition”. The “directors cut”.
So if you’re one of the roughly 7.4 billion people who didn’t get our first CD the first time around, now is your chance!